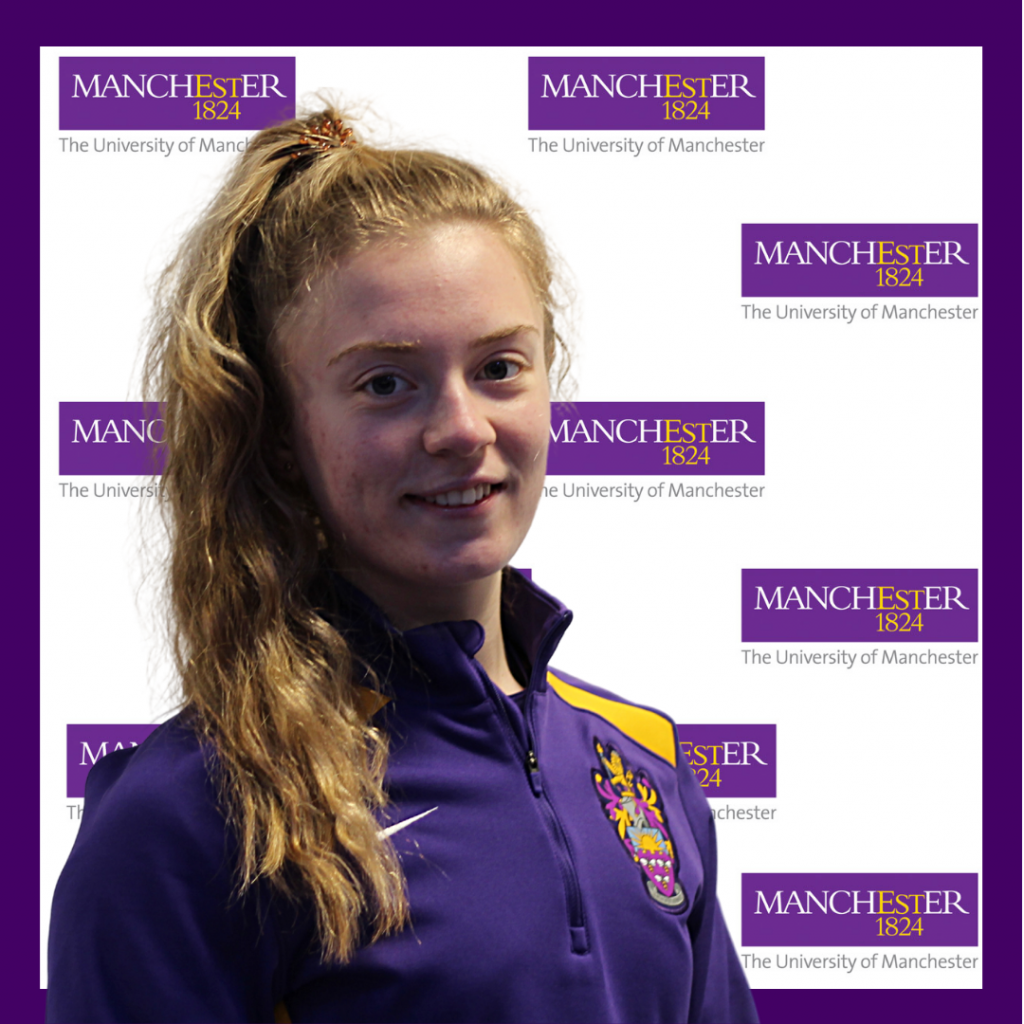 The last month has seen a number of thrilling performances for our sport scholars. Amy Carter followed up her Roses selection with player of the match performances for Manchester Thunder in their recent Vitality Netball Superleague fixtures. Following another successful year of international and club netball, Amy was again awarded our prestigious University of Manchester Sportswoman of the Year award.

Aimee Pratt returned to the UK after a training camp in the USA and has been in excellent form on the track. Racing in the 3000m Steeplechase, Aimee ran 9:35:35, edging closer to the Olympic qualifying time for the Tokyo Games later this year. Aimee was also featured in a recent article in Athletics Weekly, discussing her journey over the last decade in athletics.

Gus Warr has continued his loan spell with Doncaster Knights Rugby playing in a further two games for the club last month. Following his success and continued development with Sale Sharks and Doncaster Knights, Gus was awarded our prestigious University of Manchester Sportsman of the Year award.

Following her recent swims at the GB trials, Grace Harvey is training to become a Mental Health Champion for the British Para-Swimming team. See what the role and promoting positive mental health mean to her.

Nicole Burdett returned to archery competition at a Senior National event. Finishing 10th overall, Nicole posted an excellent score and qualified for further events later than this summer the first one back.

Our Men’s Football 1st team and Women’s Basketball 1st team played their first games of this academic year. Both teams are among four Performance programme sports teams at the university. Their commitment and dedication to train through the challenging last 12 months has been on full display, winning all seven games played to date, including fixtures against Manchester Met University and local semi-professional team, Chadderton FC.