Everything you need to know about football at the University of Manchester.

UoM Sport / Sport and Activities / Sport A to Z / Football

All the information you need to know about football should be here but if you do have any further questions, we would love to hear from you. 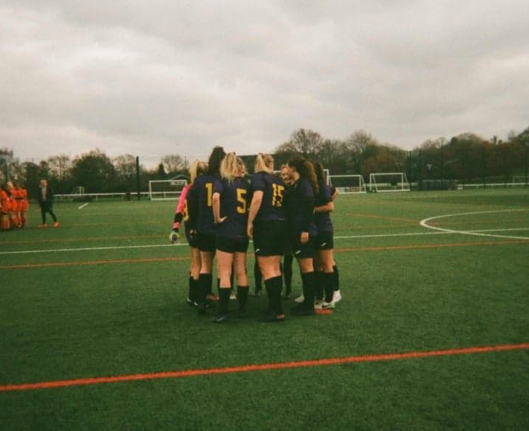 Our recreational sport offer is entitled Sporticipate, and is the entry level programme for all students and staff at The University of Manchester.

All sessions, programmes and events are open to all abilities, specifically people who are new to the activity or complete beginners. All sessions provide equipment and the sessions are facilitated by the UoM Sport Workforce.

Sportcipate runs a full weekly drop in timetable, structured blocks of ‘Learn To’ coached sessions and regular large scale events. All are either free or at very low cost, which helps you stay fit and active during your time on campus.

Sport Leagues are a great way to play the sport you love in a friendly social environment. There are longstanding teams and sports that have a great tradition in the Campus Leagues which you can be part of. However, there is always space for new teams!

Our entries can come from societies, courses and halls entering competitions in addition to groups of friends coming together to forms teams to take part in our weekly activities.

We have bookings for different activites at the Armitage Sports Centre or at Sugden Sports Centre giving you flexibility on when you play.  Facilities can be booked online for sessions but if you have any additional questions, you can contact the facilities for support.

Find out more about our sporticipate sessions and activities.

Find out more about our leagues and how to enter.

Book facilities at the Armitage Sports Centre on Fallowfield Campus.

Book at the Sugden Sports Centre on Oxford Road in the City Centre.

The University of Manchester Men’s Football Club is comprised of 4 teams and has over 80 members within its ranks. Our first team are part of the University’s Elite Performance Programme, in recognition of the consistently high level of performance achieved by the club.

The club is a close knit group of enthusiastic footballers dedicated to representing the university as best as possible on a Wednesday regardless of which team they compete for. We are closely linked to the Women’s Football Club and have an active alumni group referred to as our Old Boys.

The Men’s Football Club most recently tasted silverware when lifting the BUCS Northern Conference Plate in 2019. At the start of the 19/20 season we appointed a new coaching team, led by Head Coach Jack Norbury (UEFA B), and we now have an official link with Govan Athletic FC, a local open age men’s club who are striving to reach Step 6 (semi-pro) on the football pyramid. The overall aim is to offer players the opportunity to compete at the highest level at the university club and then transition to senior men’s football at an affiliated club with the same high standards we demand at the university club.

The club is run by a dedicated 12 man committee of current players, led by the club captain. This committee is elected by all other members of the club at our AGM, held at the end of the season. Prospective members will be invited to attend a trial session, from which new playing members are selected by our coaching staff and senior players. Follow our social media accounts (links below) for more up to date information regarding trials!

For each of our teams to perform at the highest level possible and build a reputation for excellence in player and personal development.

We enrich the lives of all our members and provide them with the discipline, developmental coaching and pathways required to maximise their potential and succeed on and off the pitch.

Training times and venues will be confirmed soon.

Membership details will be confirmed soon.

To find out how to join please contact us via email or social media:

Get in touch with the club and see how you can get involved.

Find out more about our clubs and what we do at the University of Manchester. 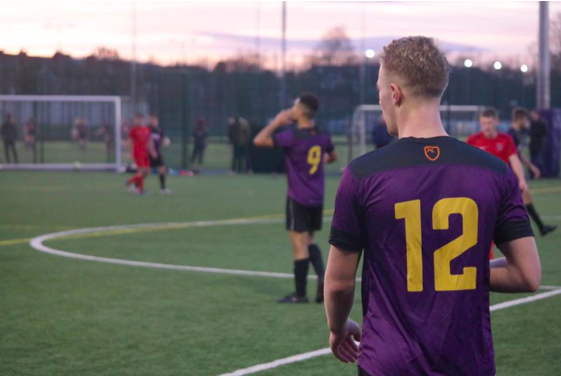 The University of Manchester Women’s Football Club comprises of over 50 members within 5 football teams and one Futsal team. We pride ourselves on our inclusivity and having a close-knit club who are always looking out for each other. UMWFC has a variety of talents within the teams and we aim to develop these footballing abilities whilst having fun and enjoying ourselves both on and off the field at our amazing Wednesday night socials. Whether you are looking to play highly competitive football, here to develop beginners’ skills through our Sporticipate programme or join for the social aspect, we are delighted to welcome all new members to our club, so please get in touch!

The club looks to give 100% in training and transfer this into on-field success. We are committed to pushing ourselves to play the highest standards of football we can – and in recognition of how hard we work on the field; our Wednesday socials are the perfect way to celebrate our efforts. #purpleandproud

Training times and venues will be confirmed soon.

Membership details will be confirmed soon.

To find out how to join contact us via email or social media:

Get in touch with the club and see how you can get involved.

Find out more about our clubs and what we do at the University of Manchester. 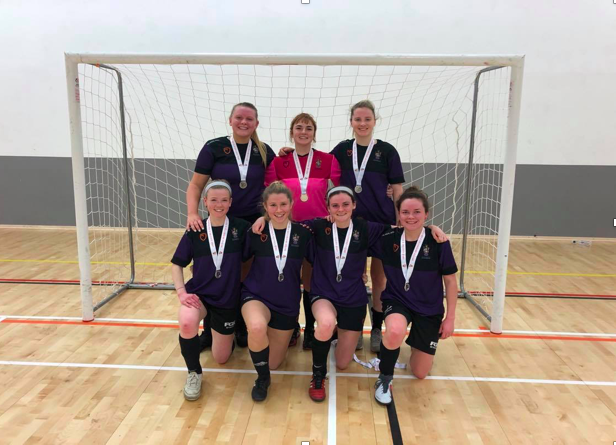 See our wide range of opportunities to get involved and be active in Manchester.

Sport A to Z

View our A to Z of all the sports that we offer at Manchester.

Activities A to Z

Take a look at all the activities we offer to get you more active at Manchester.